Induction programs are an integral part of the corporate world. However, organizations often struggle with the challenge of conducting induction training across spreading geographies, different time zones and busy schedules – all this while keeping the induction training program interesting to sustain learners’ interest.

A Client of G-Cube – a leading Finance company with 7 lines of businesses and 5.5 million customers has a talent pool of about 15,000 committed employees. It has a national presence across more than 500 cities in India and about 200,000 channel partners. While this allows the company to offer its customers a wide array of financial products, it is a challenge to reach out to such a staggering number of employees – especially the ones who are newly recruited. G-Cube created an innovative technology-aided training program for them that aimed at reaching out to learners in an interactive manner. Moving away from a traditional instructor-led classroom approach, the induction training was infused with animation, audio and video which enabled the learner to retain information in a self-paced manner.

Analysing the learning needs, we comprehended two main challenges. The main challenge was to compress a lot of information into short learning nuggets that can be easily consumed, understood and applied. Also, the objective of the induction training course was to impart the 5 values of the organizations – which were straightforward but often mundane to the uninitiated. It was important to bring to the fore the details in a way that would capture the interest of the new-age learners.

As a starting point, the Client shared existing written material that helped us understand the values but we realized we needed to adopt a separate delivery mechanism for the employees to truly perceive the worth of the values. So though the entire induction training e-course was created as a self-paced WBT (web-based training), the values were illustrated through a series of short videos that showed the many virtues of adopting them.

The values of the organization were and a separate video was created for each of the values with images and scenarios that paint a familiar picture to the learners. Each video is not more than 2 minutes long and harnesses the learners’ interest from the word go. To make sure that the learners are able to view and refresh the learning from the videos at any time that they want, the option of opening the videos directly from the menu was provided to the learners in an Induction Training Program.

A variety of design strategies are utilized to make the videos interesting, relevant and effective.

Use of Real-Life situations and scenarios: The highlight of the videos in the induction training program was the use of real-life scenarios which depict each value. Instead of a didactic approach of sharing the value and its importance, the videos actually show the relevance of adopting the values in real-life situations and how it positively affects work outcomes. This provided the confidence to the learners that they too will gain a lot from making room for the values in their work life.

Animated characters with life-like faces: Another approach was to place actual photographs of people on animated characters that give a life-like effect to the videos. The faces displayed a range of emotions that make the content light-hearted and at the same time don’t lessen its importance. The learners had fun watching them and learning from them as well.

Use of Audio: Audio played an important role in creating a background for the scenarios and explaining them well. The tone was friendly and the language was the everyday variety that most employees are comfortable with. The concepts were explained in a straightforward manner and jargon was avoided to make the videos unnecessarily complicated.

Use of Text: Text was used minimally but effectively within the videos. Whenever a particular concept had to be emphasised, textual representation provided it with the added worth. For instance, when explaining the qualities that reflect the value of ‘Speed’, the qualities displayed on the screen create visual stimuli that will aid recall in learners when they want to apply the value to work.

Use of Graphics: Graphics were inserted to create a suitable visual background for the characters. In representing the quick response time and timely action of an employee, the image of the rising sun was utilized to show that the employee does not waste time and is at work right on time. Graphics were intentionally kept stark to make sure that the characters are in the foreground but the judicious use of background images made sure that the life-like quality of the videos was retained.

The videos were created using Flash as a development tool. Instead of using stock photographs, actual people were photographed in animated poses and the faces of the characters were created. This strategy makes the videos life-like and the learners find an instant connection with the depicted characters and scenarios.

The videos made for the induction training program had a very high sensory impact – with graphics, animated characters and audio all playing an important role.

With its launch in December 2015, the induction training program is being extensively utilized to train new employees on the core values and businesses of the organization. More than 5000 users are estimated to have taken up the course on the organization’s LMS and the number is growing every day. The highlight of the course, as per the learner feedback is undoubtedly the multimedia component introduced through the videos.

With the overwhelmingly positive response received for the induction training program solution, G-Cube is gearing up to create similar learning solutions for different functions within the organization to help work better. 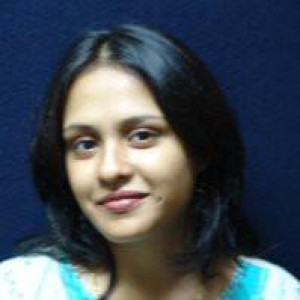 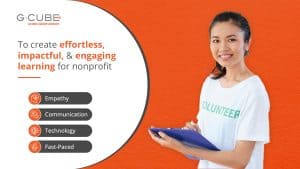 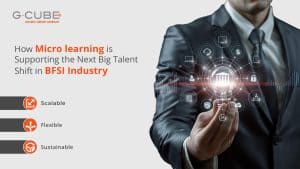 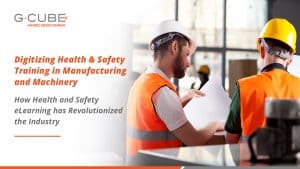 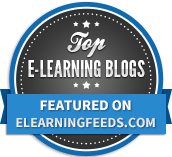